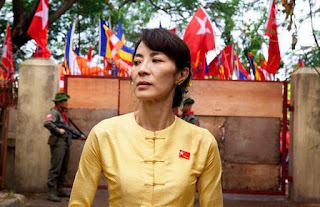 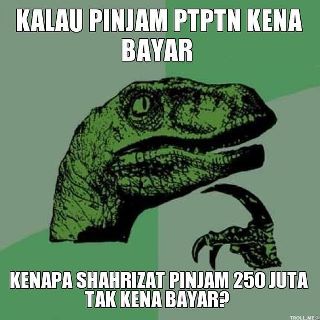 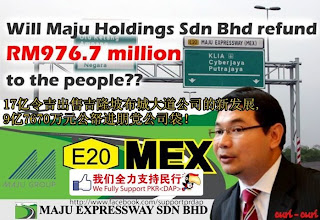 Malaysians should begin to examine and question the way in which punishment is meted out, writes Justinian.


Khir Toyo: One year's jail for graft. Photograph: The Star

On 23 December 2011, former Selangor Menteri Besar Khir Toyo was sentenced to 12 months jail and forfeiture of his land and bungalow for “knowingly purchasing” these properties that costs about RM6.5m for less than the price of its original value. The sentence was suspended pending appeal (The Star Online, 23 December 2011, “Khir Toyo gets 1 year jail for graft”). 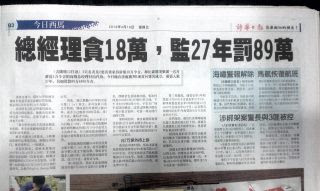 On 5 January 2012, a small report appeared in a side column of theSun news daily that three RapidKL bus drivers were each charged with theft of RM150 of “Touch n’ Go” reloads in August 2011. All three claimed trial i.e. pleaded not guilty. If convicted they could face a maximum of seven years in jail (theSun, 5 January 2012, “Bus drivers claim trial to T’NG reload theft”).

On 4 January 2012, BBC News website reported that a 15-year-old youth was sentenced to five years imprisonment for stealing a pair of sandals (slippers) in Sulawesi, Indonesia. Due to his being a minor, the court sent him home to his parents, instead of imposing the jail sentence (BBC News Asia, 4 January 2012, “Indonesia outrage at boy’s conviction for sandal theft”).

Looking at these three cases side by side, one wonders if justice is truly served. The millionaire ex-MB gets away with a light ‘smack’ on the hand for cheating Ditamas of RM3m. Execution of the sentence, however, has been held back by the legal process. Some have expressed doubt that he will be languishing in prison for 12 months, either by winning his appeal or by being allowed out on parole in a few months for ‘good behaviour’. Embezzlers and cheats are not usually violent criminals but ‘white collar criminals’.

Where is the outrage?

White collar crime robs the general public of millions and encourages corruption in its various forms. Is this disease less harmful to the country and its citizens than petty theft? What this sentence appears to indicate to the public is that cheating another and the public in general of large sums of money is not as bad as common petty theft of smaller amounts.

A minority of Malaysians thought that the court had come to its senses and had done the right thing by finding this BN politician guilty. They praised the court for its verdict and sentence. This looks like a small step in the right direction to curb corruption or it may merely be an effort to give the impression that Malaysia still has an impartial and independent judiciary.

In contrast, the possible sentence faced by the three bus drivers in the second case above is a maximum of seven years imprisonment for theft of a paltry RM150 in Touch n’ Go reloads. Bus drivers are economically disadvantaged when it comes to the legal process as they are not paid millions for driving buses. Still, they have families to support with whatever salary they are currently pulling. All three accused drivers are in their 20s and early 30s, when most people are either newly married or have young families to support. This does not mean that they should escape paying for their alleged dishonesty if found guilty. But, in comparison to Khir Toyo’s case, does the punishment fit the crime?

Since the bus drivers case did not seem to warrant wide publicity, there has been no public comment over the prosecution of this petty theft and the possible maximum sentence it would attract should these accused be convicted. There will probably be no public outcry at all if these accused were convicted. Ordinary workers are seldom of any significance, having no prestige, financial or political influence and power. Even legal justice seems to be class sensitive. What then does equality before the law mean?

In contrast, the Indonesian public’s outrage at the conviction and sentence of five years imprisonment of the minor convicted of theft of a pair of sandals outside a police boarding house is something to be noted and lauded. A protest was staged by ordinary Indonesians placing thousands of pairs of used slippers outside police stations to signify their indignation against the leniency with which Indonesian courts seem to treat high-ranking officials convicted of corruption and the meting out of severe sentences for impoverished ordinary Indonesians convicted of petty theft (BBC News Asia, 4 January 2012). In mitigating this punishment, the court is seen to have acted with justice and mercy; yet this is no cure or excuse for the double standards treatment of the judiciary.

The injustice is inexcusable as the prosecution was reportedly made about six months after the alleged theft was committed and the minor claimed to have been slapped and beaten by a policeman with a piece of wood till he bled (BBC News Asia, 4 January 2012). No mention was made of any redress for this assault on the boy.

On 9 January 2012, the High Court in Malaysia made the decision to acquit and discharge Opposition Leader Anwar Ibrahim of his second sodomy charge in a protracted and controversial trial. This case drew wide public attention locally as well as overseas.

Despite the widespread criticism of the way in which the case was brought to trial on doubtful and ambiguous evidence, government leaders felt that this sudden acquittal showed that the judicial system in Malaysia was fair and independent (MySinchew.com, “Leaders praise independence of judiciary over court verdict”).

Malaysian NGOs including the Bar Council rightly hailed the High Court’s decision to acquit as a just verdict but did not go on to imply that this was an assurance that the judicial system as a whole would from now on wear the mantle of independence and impartiality.

Whether the current federal authorities will allow such reform, as the Barisan Nasional ministers boast, is doubted by many as the independence of the judiciary has been eroded to virtual nothingness for the past 54 years. Moreover, local and foreign observers and human rights organisations have consistently condemned this sodomy trial as politically motivated. Justice could have been done earlier if the case had been dismissed the moment it became obvious that the charge made was baseless and could not be logically proven. Instead, a long drawn “sandiwara” ensued with the judiciary allowing the prosecution to continue till this crucial point in time, when a decision either way would be politically favourable to Anwar and the Opposition Pakatan Rakyat, in anticipation of a general election.

Anwar has been saved by political expediency and public interest (as he is a public figure in whom the electorate have placed much hope for reform and change in the country). Nevertheless, Malaysians should also begin to examine and question the way in which punishment is meted out here, just as the Indonesian public have begun to do.

If Malaysians continue to turn a blind eye to the fact that those lacking the financial capacity to engage the best legal representation in the country must accept heavy sentences or plead guilty for petty crimes while rich millionaires like Khir Toyo, convicted of serious corruption or white-collar crime affecting the national economy can get off with light sentences or go scot-free, any hope of justice being done by an independent and impartial judiciary would be squashed.

If nothing is done, our justice system would retain its two-tier, class-biased, partial and compromised character, moulded by decades of politically motivated abuse and prejudice against the poorer sections of society struggling to survive economically. Like the Indonesian public, it is open to Malaysians to demand that justice be done and our constitutional right of equality before the law be honoured by our judiciary and the government of the day.

Justinian is the pseudonym of a concerned Malaysian.