KUANTAN: The number of flood victims in Pahang as at 8am is 126, compared to 102 last night, and currently staying at four evacuation centres.
Malaysian Civil Defence (PA) Force, state director, Col (PA) Zainal Yusof said two of the centres were in the district of Raub.
"The two centres are at Surau RRM Cheroh (10 people from two families) and Masjid Jamek Kuala Semantan (14 people from five families)," he said.
Two other centres are in Pekan, at Sekolah Kebangsaan (SK) Temai (93 people from 24 families) and SK Acheh (nine people from two families).
Meanwhile in Johor Bahru, 29 people from seven families remain at one flood evacuation centre in Segamat.
Johor Health, Environment, Education and Information Committee chairman Datuk Ayub Rahmat in a statement said the families, from Kampung Seberang Batu Badak, were sheltered at Balairaya Gemereh 4 Batu Badak. — Bernama 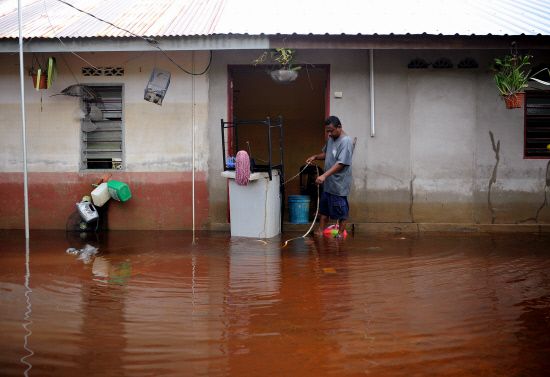